People with big dreams always encounter challenges. When you apply the Breakthrough Code, you can get what you want easier and faster. 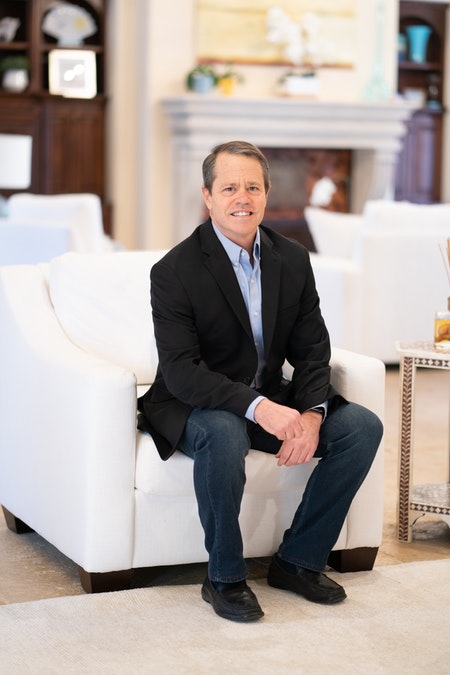 Tom is a father of two, husband of 30 years, CEO or Board Member of 8 companies, early stage investor in over 40 companies and worldwide philanthropist.

After a successful career with a Wall Street firm, Tom found his true passion in the field of helping people in business, athletics and life, breakthrough their limitations and step into their full potential. Tom has been the peak performance coach for athletes who have won World Championships and Olympic Gold Medals.

In the corporate world, Tom’s clients include Cisco Systems, Microsoft, Wells Fargo, Salesforce, Met Life and many others. He has also helped several CEO’s and Executive Teams realize their dream of taking their companies public.

Tom has been called the World’s #1 High Stakes Performance Coach and he has been selected by Forbes as an expert and thought leader in the areas of leadership, communication, and peak performance for their Knowledge Innovation Center. When the stakes are high, Tom is the coach that the world’s leading companies  and peak performers call on to help them win!

Tom McCarthy is a masterful breakthrough coach with a gift for helping others see the power in their story. When life doesn’t work out according to your plan, that actually is the plan. Adversity is what allows us to grow and nobody understands that better than Tom. This book provides the blueprint to crack the code and live a life without limits.

Tom McCarthy has a special ability to help people find their life purpose by guiding them towards the life they are truly meant to live. The Breakthrough Code is a powerful story about navigating adversity, challenges, and obstacles to create a life without limits. The story perfectly aligns with Tom’s life purpose.

The only true limits are the ones we create within ourselves. If we are willing to  break through these self-imposed limits, then our lives can become limitless and  infinitely more exciting, fun, and fulfilling. Tom has developed the path to unlock your superconscious and create the life of your dreams.

Bestselling Author and founder of MindMovies.com

McCarthy does it again! Tom can see into what is not being said that can help people develop to the next level. The Breakthrough Code provides the roadmap on how to set a vision for your personal success, reset old belief systems that are holding you back and how to execute successfully on your life’s purpose.

Tom has inspired me as a friend, mentor and coach over the past 20 years. The Breakthrough Code will inspire everyone to reach beyond the personal limits they’ve set for themselves and realize their full potential as a human being. Tremendous read!

Tom McCarthy has revolutionized the power of our superconscious in his new book The Breakthrough Code. Most of us don’t realize that our story is limiting our success and the happiness we allow ourselves to feel. Read it!

See What Everyone Is Saying

At twenty-four, Jonathan Bowman seemed to have it all: degree from Stanford, great job in the Bay Area, sought-after apartment in the city, and a committed relationship.

The truth is Jonathan is barely hanging on. In a single day, everything falls apart. When Mr.

Woodberry, a family friend, takes him in, Jonathan is convinced he will be no better than his

surgeon dad, who also seemed to have it all—until he became addicted to drugs and died in a

rehab facility when Jonathan was ten.

That’s when Mr. Woodberry begins teaching Jonathan the secrets of his own successful life:

what he calls the Breakthrough Code. Through a series of diverse mentors, Jonathan soon

discovers the possibility of living a life without limits is closer than he thinks.

principles and habits he shares with top executives, Olympic athletes, and successful

• Focus on Less, Then Obsess

• Pack Your Day with Effective Actions

If you, like Jonathan, feel stuck in a limited life, the Breakthrough Code may be your key to

unlocking your potential and living the expansive life you were meant to live.

Get the 3 secret ideas stopping you from creating your own breakthrough from author Tom McCarthy NOW.

If you’re someone with big dreams or building a vision and especially if you’ve already created something.

You already know how challenging yet necessary it is to know where to focus, how to overcome your limits and when to re-invent yourself to stay relevant.

In fact, almost 95% of our daily activities are dictated by our habits.

The Breakthrough Code is about understanding how to create laser focus, upgrading your mental powers and getting what you want easier and faster by becoming a codebreaker.

“When life doesn’t work out according to your plan, that actually is the plan. Adversity is what allows us to grow, and nobody understands that better than Tom. This book provides the blueprint to crack the code and live a life without limits.”

I am pretty sure that if you search for the word "dynamic",  a picture of Tom McCarthy will appear. The Breakthrough Code is a brilliant compilation of learnings written to help us tap into our unique and dynamic selves, perform at peak levels and achieve the results we seek. This book is highly energizing and engaging. Well done Tom!

Tom McCarthy’s book will be an instant classic. Whether you are a CEO setting a vision to compete and win, or just starting your career, The Breakthrough Code offers timeless truths about how to succeed in life. You won't be able to put it down.

After spending more than 30 years helping Fortune 500 CEO’s, Tom has compiled his most significant life’s work into a beautiful story called The Breakthrough Code. No matter where you are in your life, this book will help you connect your breakthrough results to your life’s purpose.

#1 NY Times bestselling author, Happy for No Reason and Chicken Soup for the Woman's Soul

In The Breakthrough Code, Tom has given us an exceptional story about the power of mentors, and the need for new mental models for true success in business and life.

This book delights and brings deep insights into the world at a time of most need.

Tom McCarthy has an exceptional way of connecting individuals to their authentic selves and unique purpose.

He keenly identifies and unlocks the magic inside each and every one of us.

Tom McCarthy has spent his life helping the most successful people in the world create significant breakthroughs in their businesses. Many of those powerful lessons are beautifully shared through the eyes of a young man in The Breakthrough Code. After reading this book, you will have all of the knowledge and action steps to create your own breakthroughs.

A Story About Living A Life Without Limits

READY TO INSPIRE YOUR TEAM?

Tom has the unique gift to actually change behavior.  I learn something from him every time I have had the privilege to work with him directly or be influenced by one of his books. This has impacted my daily life to help me be a better parent, leader, colleague, coach, and friend.

Tom McCarthy has written a compelling page turner while helping us experience the breakthroughs we all need and want! The Breakthrough Code teaches us there is a methodology, a code to breakthrough, to achieve our maximum success in all aspects of our lives. I highly recommend this book.

12x best-selling author of The Carpenter and Training Camp

After spending more than 30 years helping Fortune 500 CEO’s, Tom has compiled his most significant life’s work into a beautiful story called The Breakthrough Code. No matter where you are in your life, this book will help you connect your breakthrough results to your life’s purpose.

Tom offers a profound, yet practical, personal and professional prescription for a limitless life, one that countervails societies move towards participation trophies, and boundaries. The Breakthrough Code is not just a blueprint but rather a  groundbreaking celebration of human potential.

I can attest The Breakthrough Code will provide you with lessons to live your life by. Having studied human potential, I have come to appreciate that we are only limited by our belief system and our aspirations. Tom is a tremendous teacher and life coach, and this is a must read for anyone who wants to achieve their dreams.

After working with Tom for over 20 years, we have seen the impact that Tom’s coaching has had on our organization. The Breakthrough Code is a living example that many of our employees have gone through, overcoming obstacles to achieve tremendous success in their lives, while positively impacting the people around them.

Enter Your Information To Learn How You Can Gain Access To Tom McCarthy's Private "Codebreakers Community." 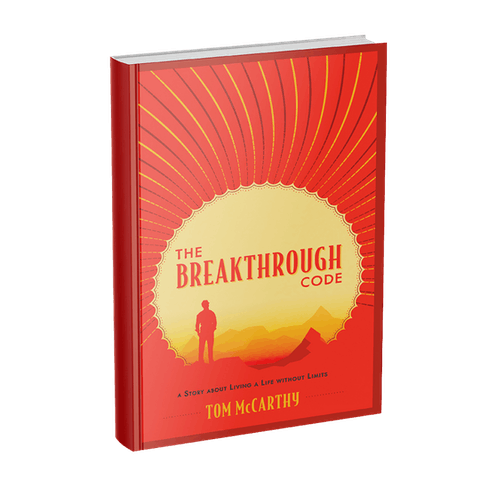